Toward the Far Away Land 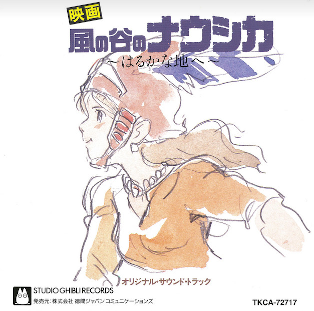 I refuse to think without music. In my past life this was a function of working in open plan offices filled with distractions. The habit has stuck. I don’t want to reduce music to existing only as a functional aid to work, but it is a basic fact that if I’m working then I’m listening to music.

This is a film which fits the current moment. It is an ecologically themed science fantasy about working with nature instead of against it. At forty minutes long this is a smol epic. (One that just about fits into the extreme end of my concentration.) There’s some nice early eighties synthesiser moments happening near the start before it all becomes a bit more traditionally orchestral. But this is a Joe Hisaishi soundtrack to a Hayao Miyazaki film, so it never gets too loud for too long. It remains comfortable and evocative of the world outside which I am longing to spend more time in.

I hesitate to provide direct links to streaming services, but it is available on them. At some point I intend to track down a physical copy to properly add to the collection.